Albuquerque was first served by two private airports. The Albuquerque Airport, later known as Oxnard Field, opened in 1928, and the West Mesa Airport, later known as the TWA airport, opened in 1929. The first airlines to serve the airports were Transcontinental Air Transport (TAT), Western Air Express (WAE), and Mid Continent Air Express, all inaugurating service in 1929. At first, the airlines operated from the Albuquerque Airport but within the first year had moved to the West Mesa Airport where they stayed for most of the 1930’s decade. TAT and WAE merged in 1930 to form Transcontinental and Western Air (TWA). Mid Continent Air Express’ service was replaced by Varney Speed Lines in 1934. Three years later Varney changed its name to Continental Airlines. 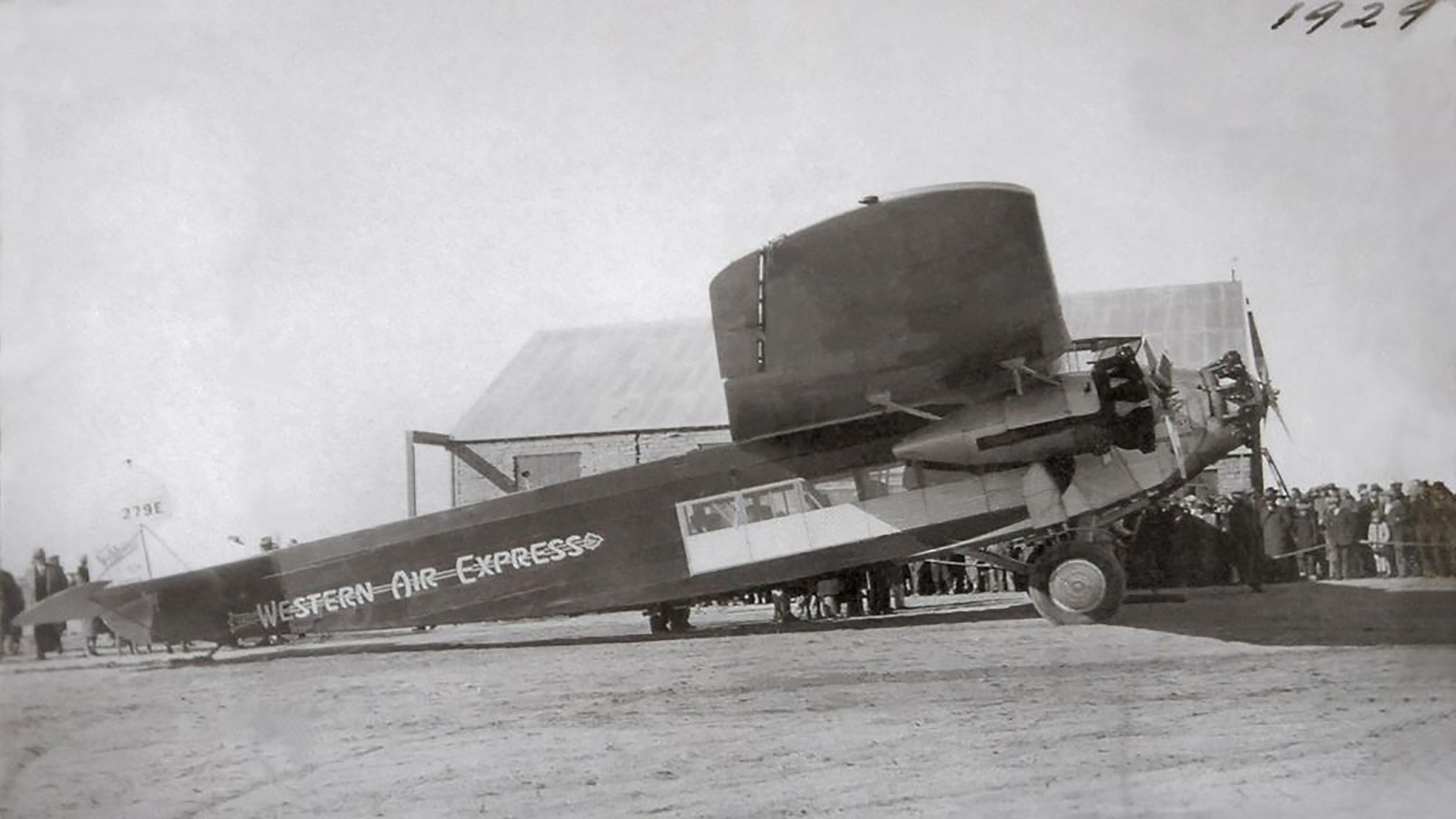 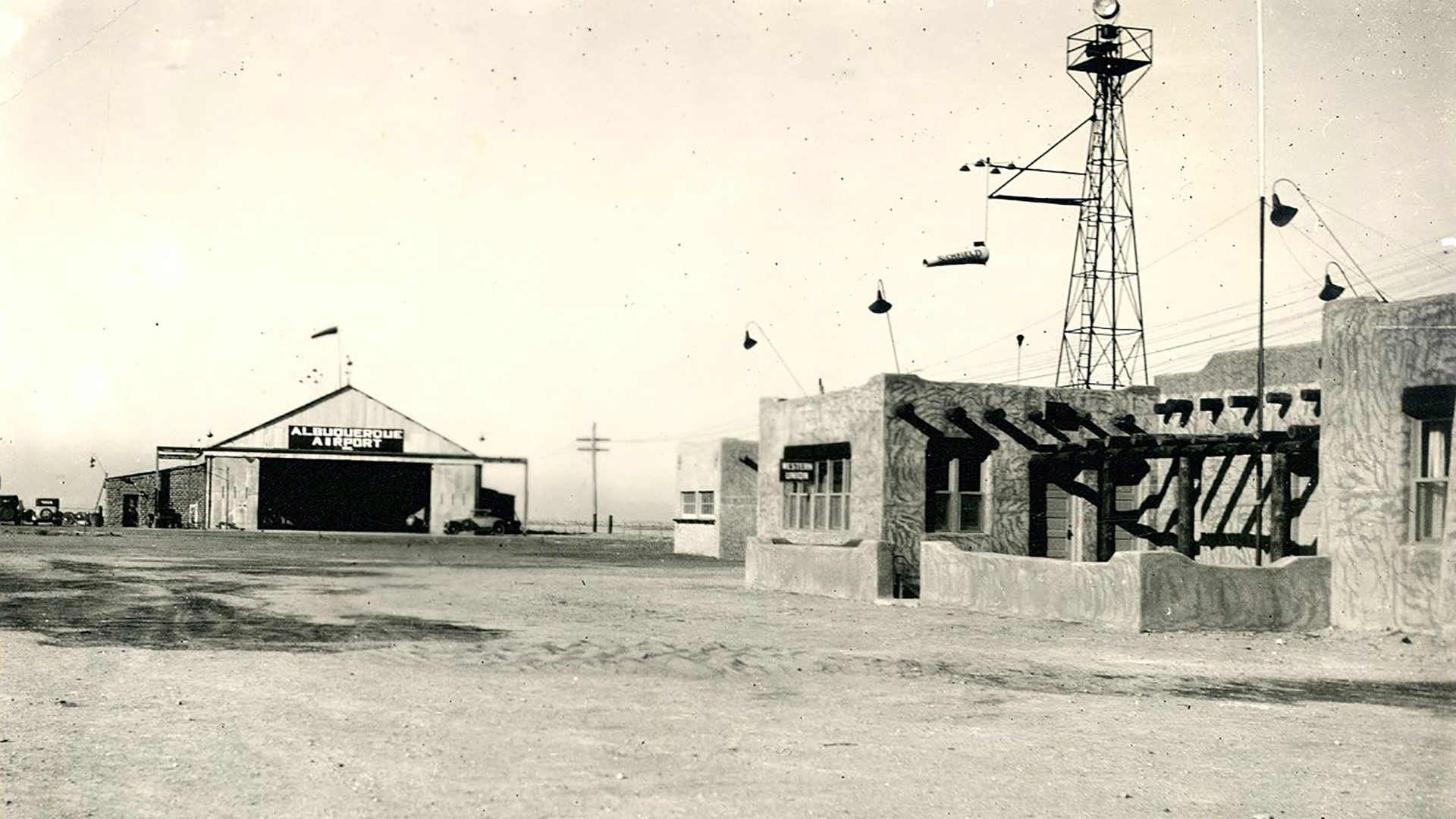 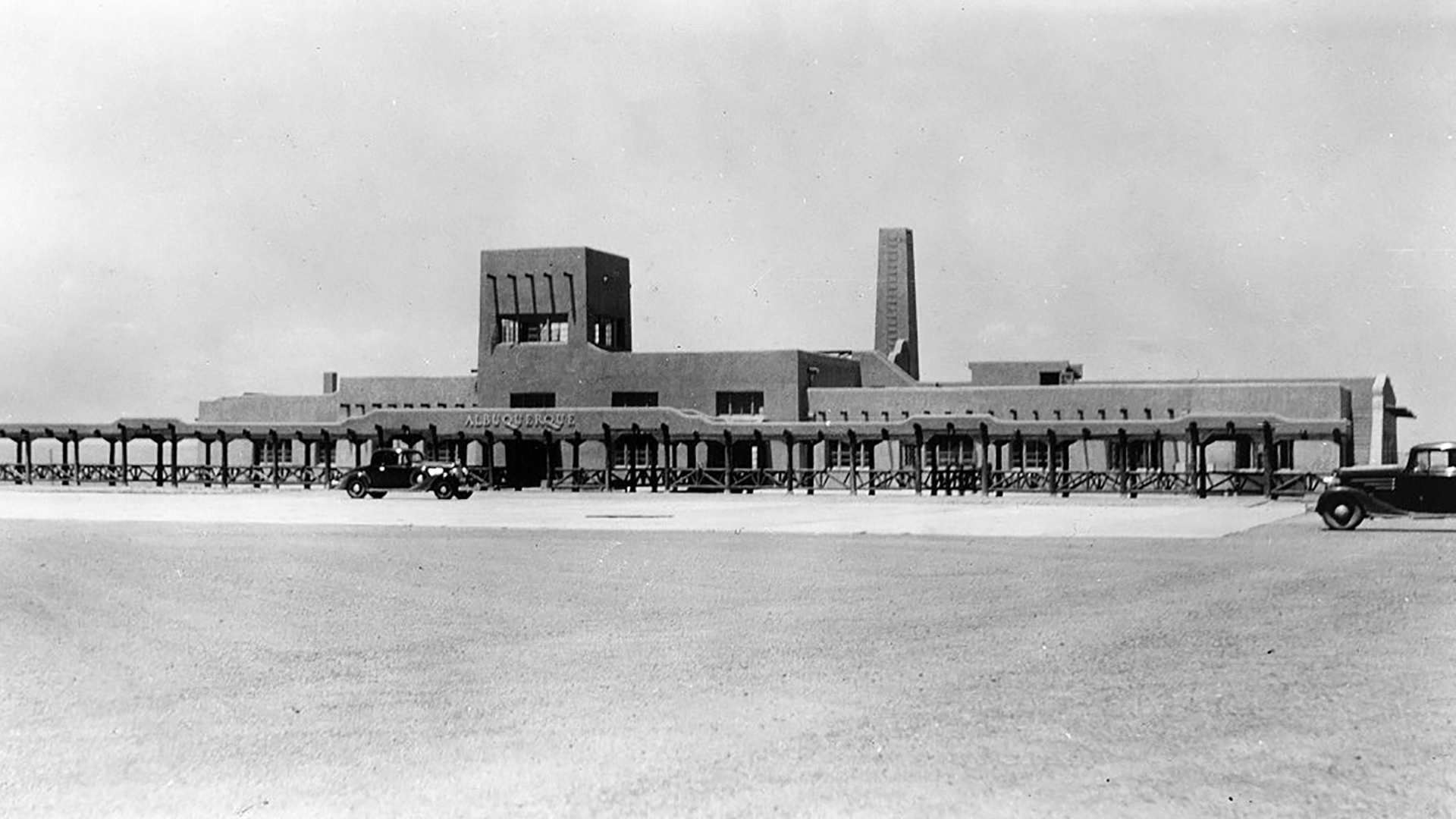 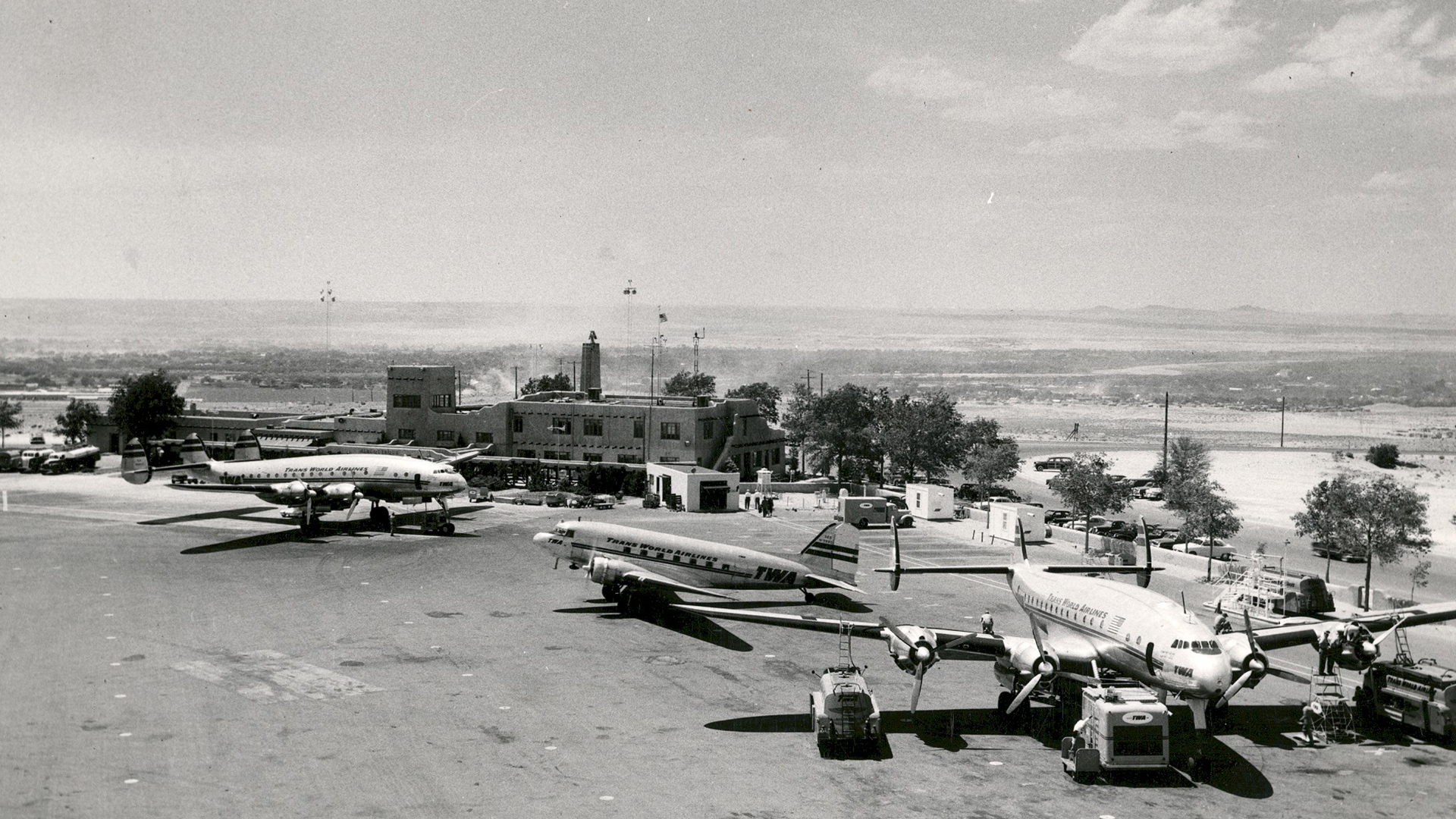 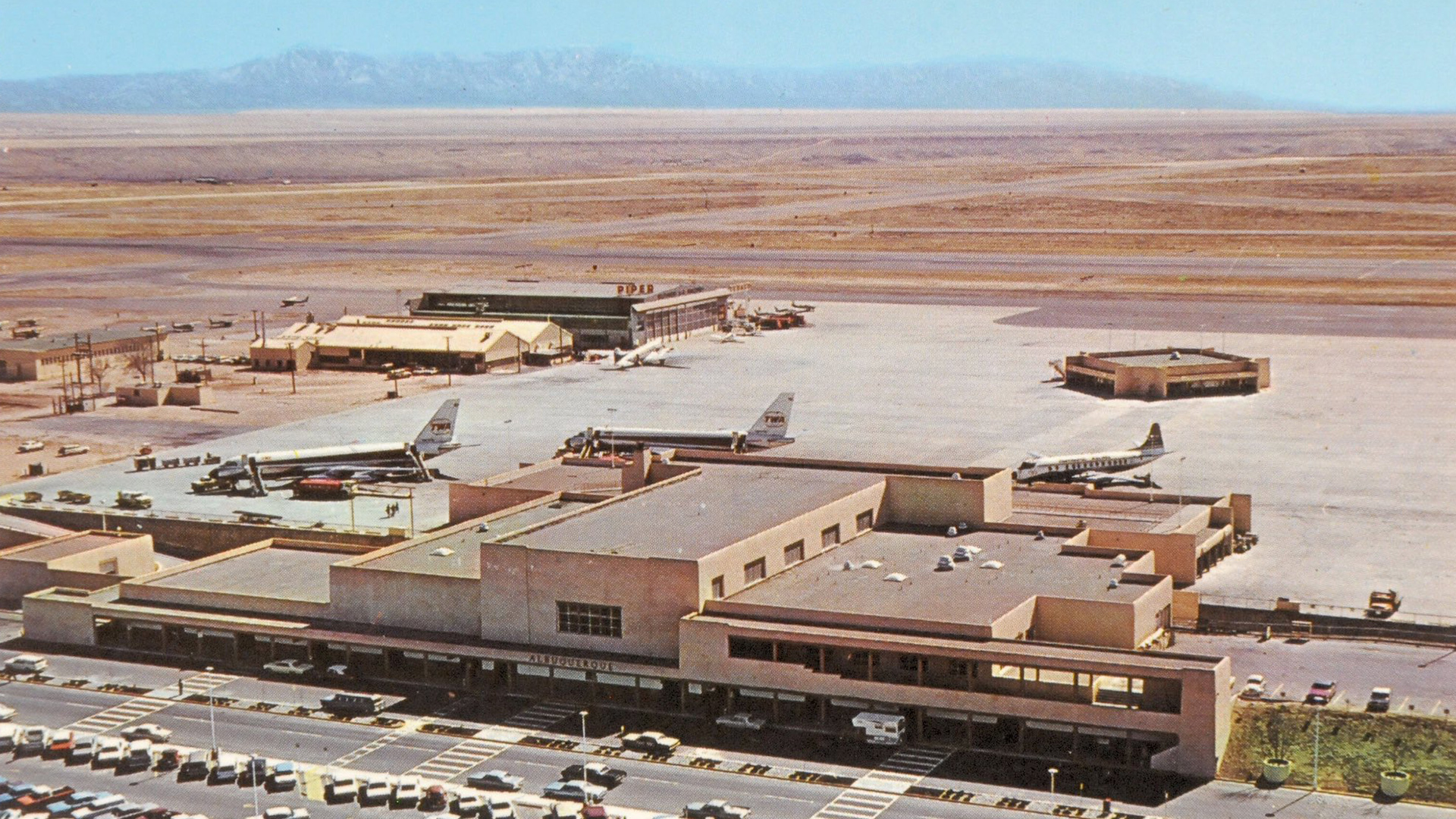 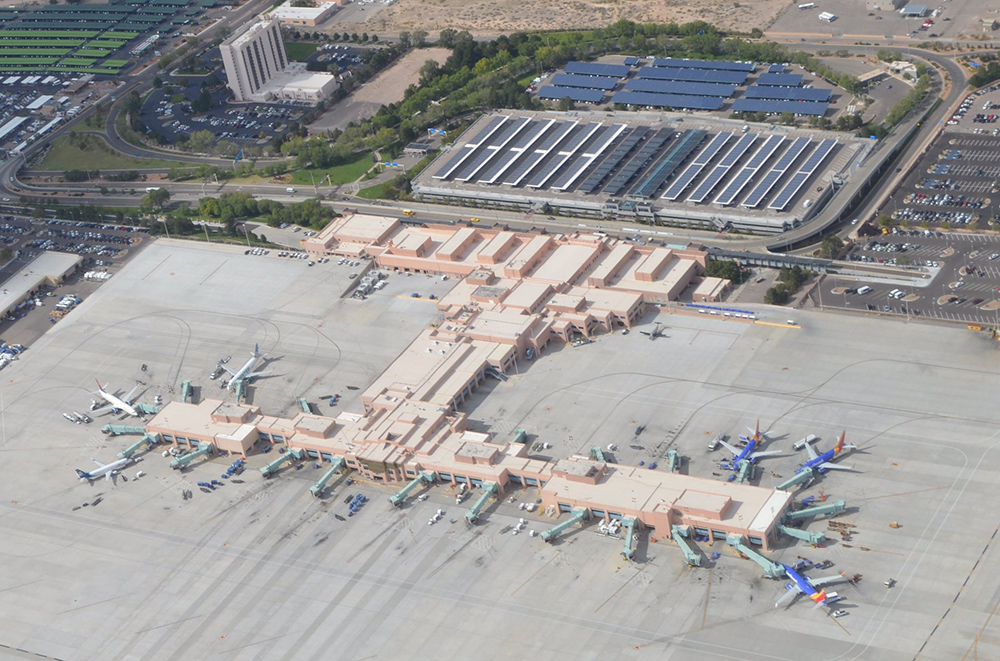 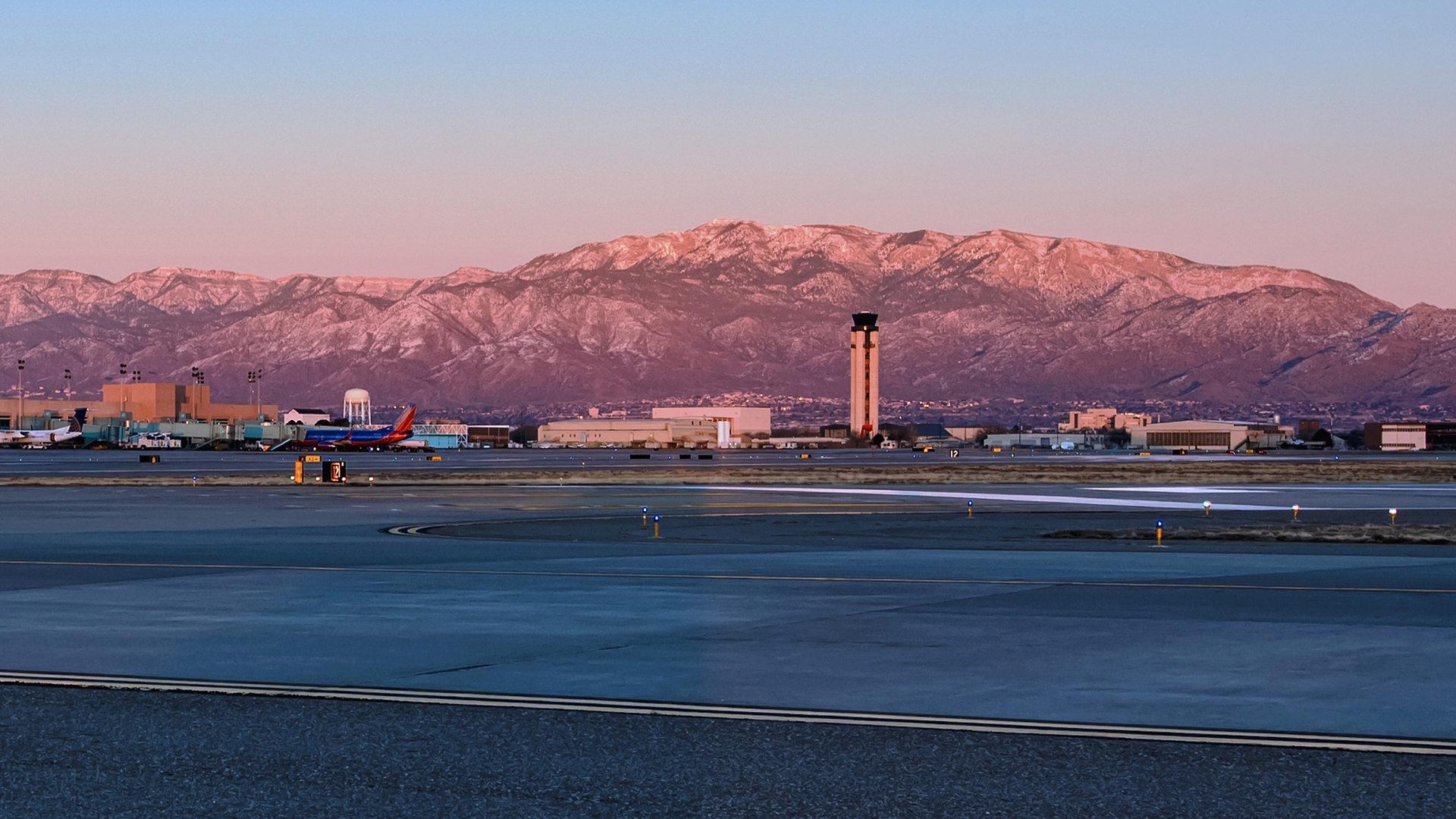 In 1935 it was suggested that the city build a new public airport using Works Progress Administration money. Having secured $520,500 in funding, Governor Clyde Tingley broke ground for the project on February 28, 1937. Albuquerque Municipal Airport opened in 1939 with two paved runways, a Pueblo Style terminal building designed by Ernest Blumenthal, and a massive hangar designed to accommodate the new Boeing 307 operated by TWA. TWA became Trans World Airlines in 1946. Within two years after the airport opened, the Albuquerque Army Air Base was constructed to the east. This facility later became Kirtland Air Force Base and still shares the runways and other facilities with the commercial operations of the airport today. Monarch Airlines came to Albuquerque in 1947 then merged with other carriers to become Frontier Airlines in 1950. Pioneer Airlines began service in 1948 and merged into Continental Airlines in 1955. TWA, the largest of the carriers serving Albuquerque, introduced the first jet service in 1961 using the Boeing 707. The airport was renamed Albuquerque Sunport on April 17, 1963. In late 1963, Trans Texas Airways (later becoming Texas International Airlines) began service rounding out the first four carriers to serve the airport prior to the airline deregulation act of 1978. Several smaller commuter airlines also served the airport over the years including Ross Aviation. 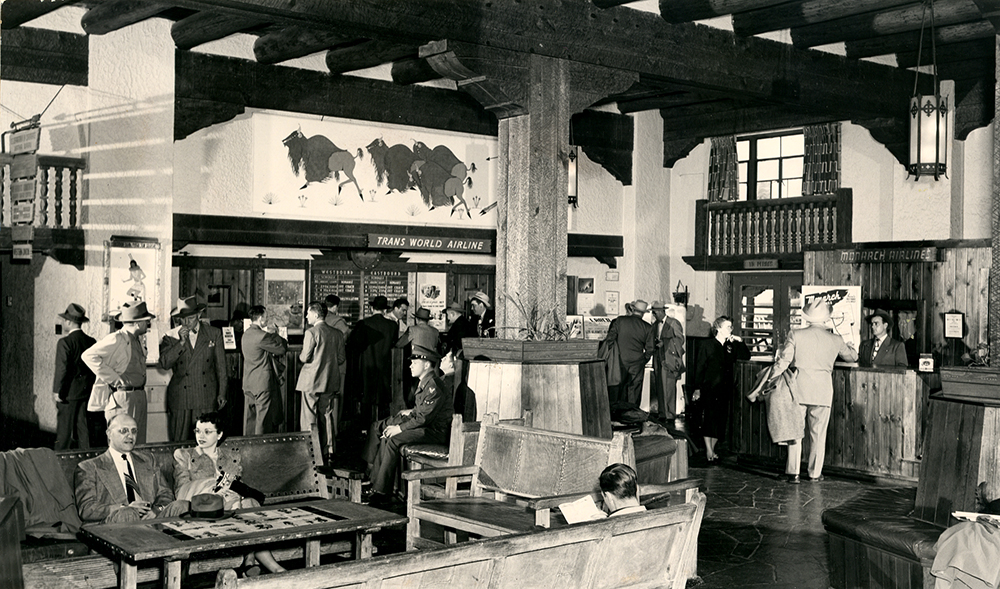 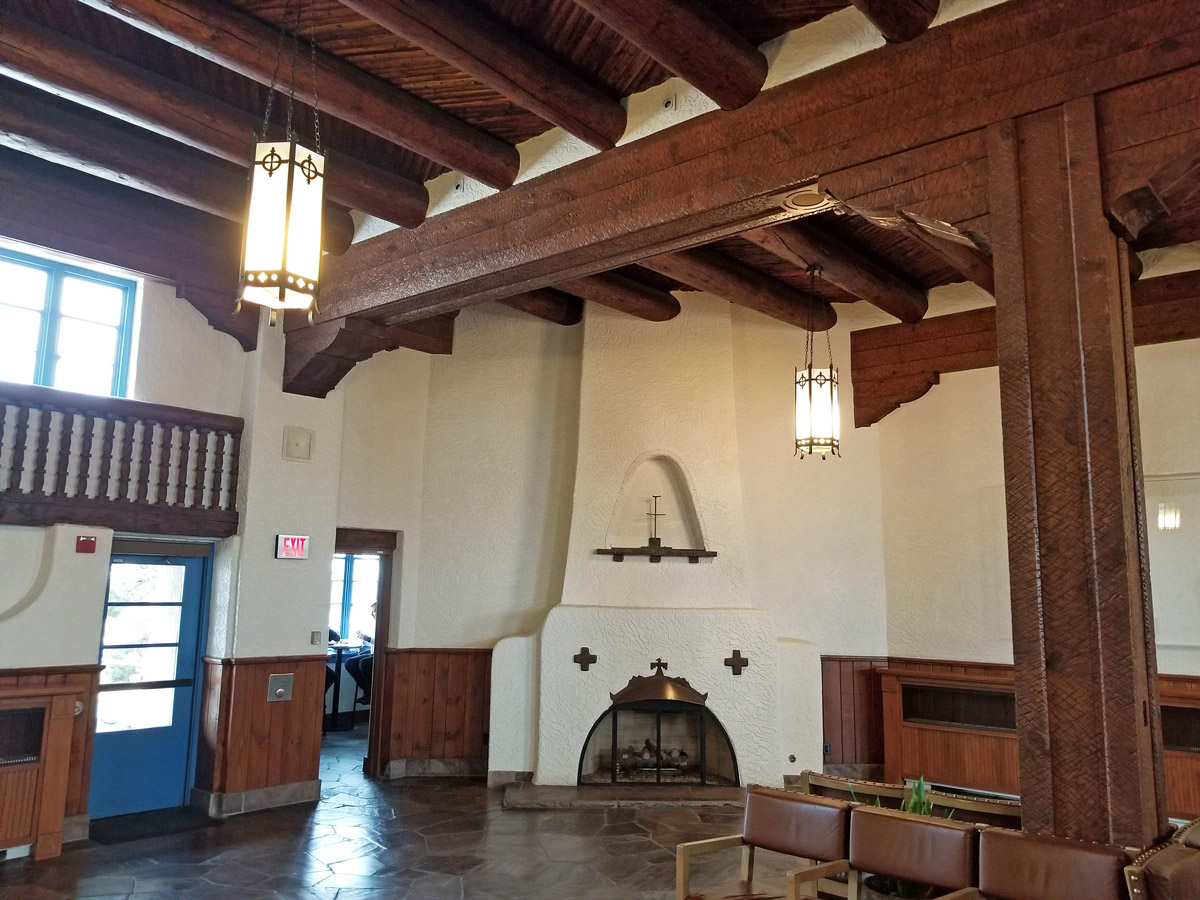 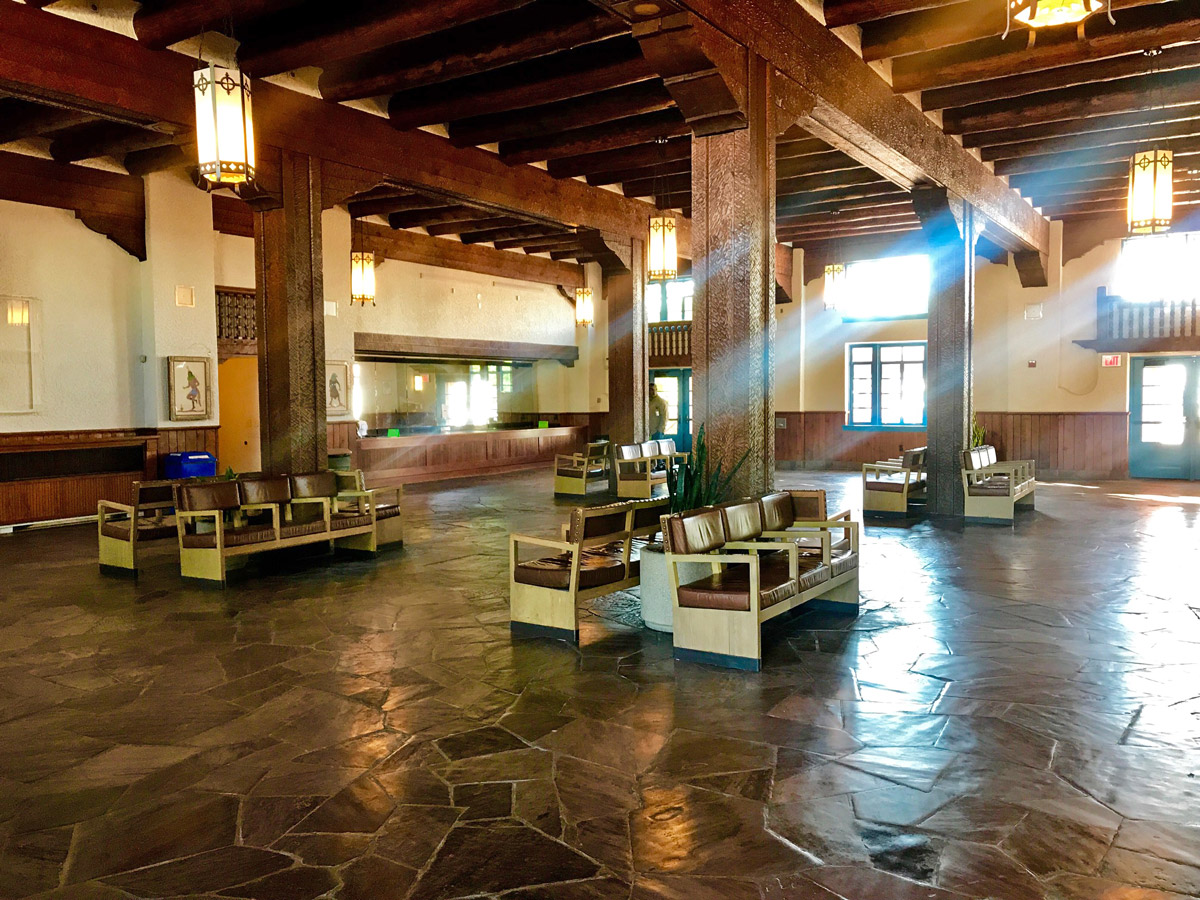 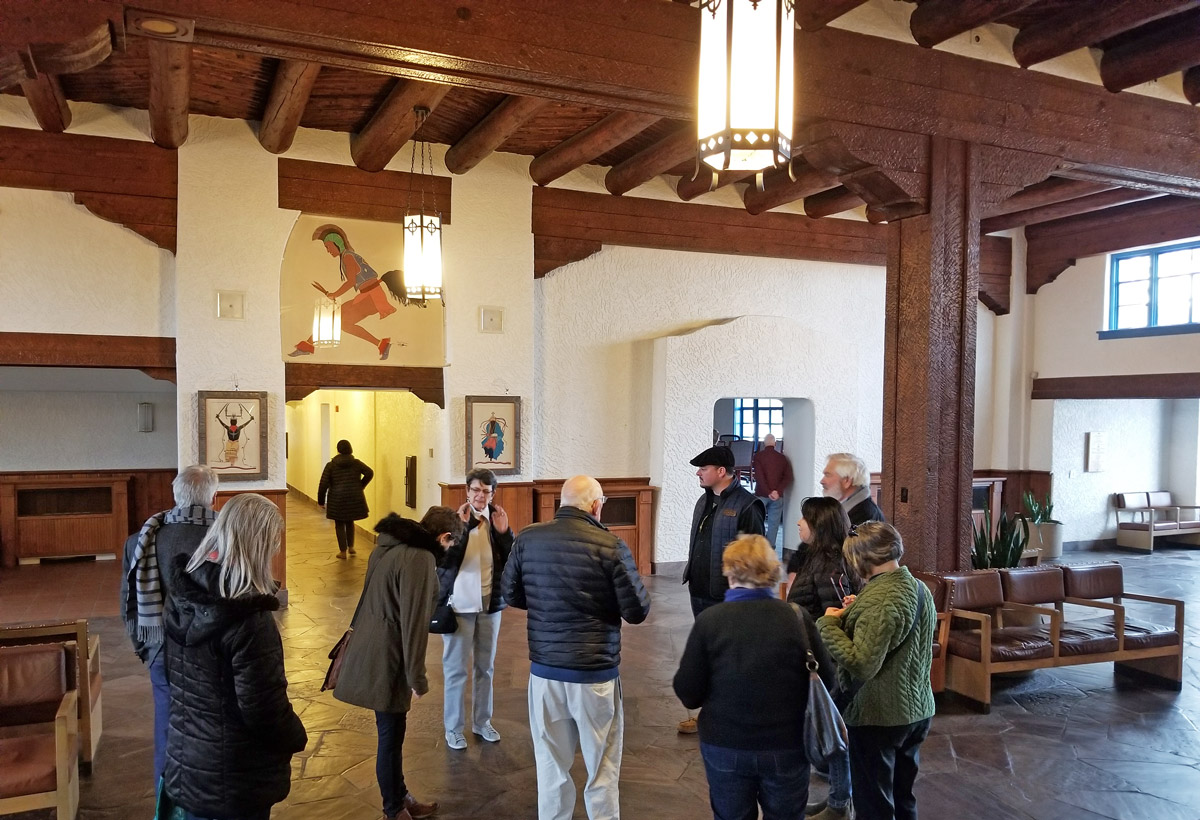 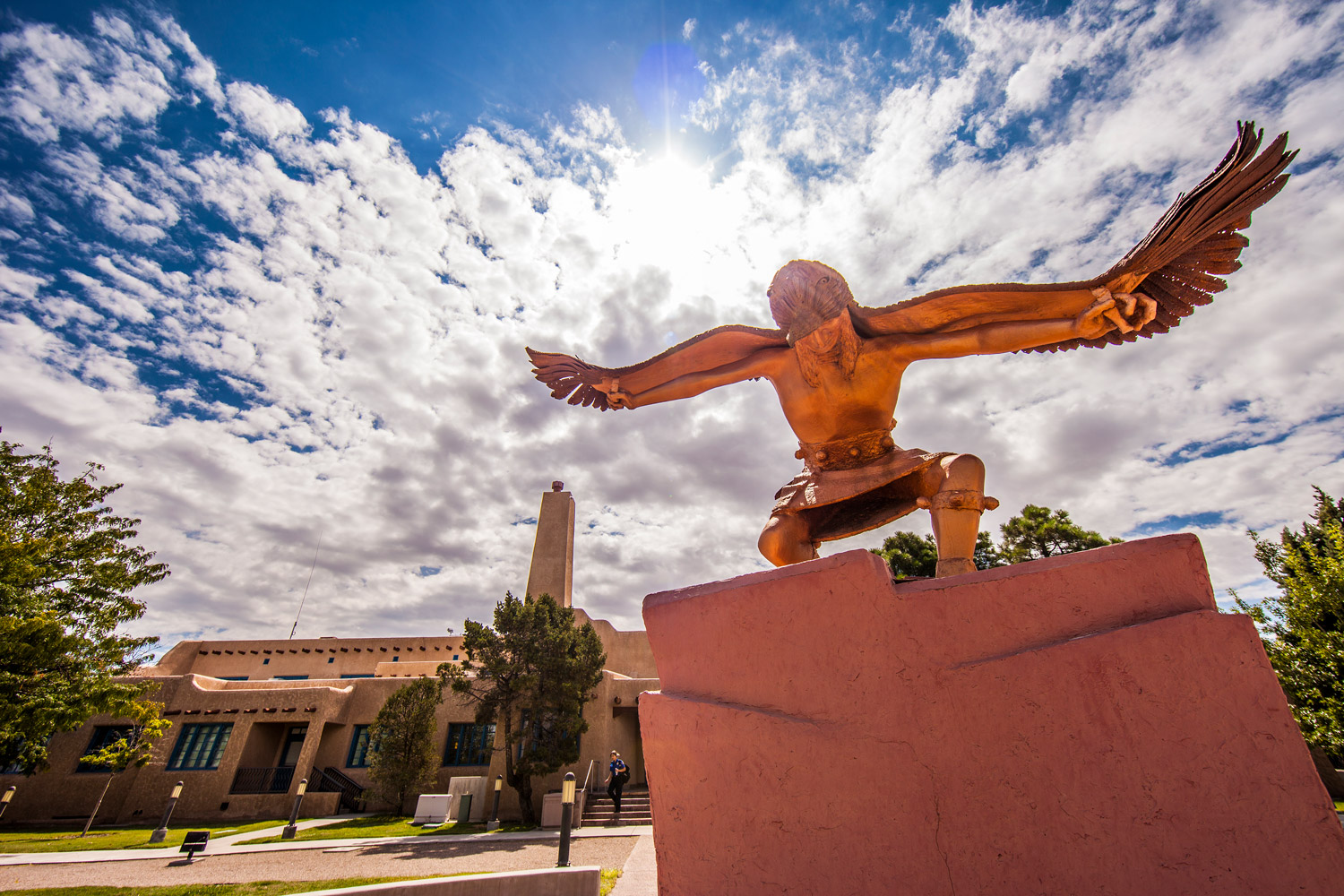 The old terminal of 1939 has since been restored and houses offices of the Transportation Security Administration. It was added to the National Register of Historic Places in 1988. If you’re interested in arranging a tour of the Old Terminal, click here for more information.

The present terminal was designed by William E. Burk Jr. It is built just east of the original terminal, and opened on November 12, 1965. At first the terminal had eight gates, four at the main building and another four at a small satellite building to the south connected by a tunnel. None of the gates had jet bridges. The airport gained international status in 1971 and was renamed the Albuquerque International Airport on September 17, 1971.

The terminal has been expanded several times, first in 1973 when a west wing was added with a large gate and jet bridge able to handle new wide-body aircraft. TWA used this gate to introduce the Lockheed L-1011 to Albuquerque in 1974 with flights to Chicago. After airline deregulation was passed in 1978, a flood of new airlines came to ABQ. The west wing was expanded in 1980 with three more gates, all of which had jet bridges and were used extensively by TWA and several new carriers. Southwest Airlines, which started service on April 3, 1980, quickly grew to become the largest carrier serving the airport. Southwest used the old gates 1 and 2 at the main terminal and installed three ground level jet bridges at these two gates.

During 1987 through 1989 the terminal was greatly expanded and renovated advertising a design by Phillip Jacobson and BPLW Associates. A second level was added to the front of the building for separate arrival and departure levels and the satellite gate building was replaced with two concourses, A and B, giving the Sunport 19 new gates, all with jet bridges. In 1994 the airport’s name was changed to the current designation of the Albuquerque International Sunport. Concourse A was further expanded with four additional gates in 1996 and the above-ground connector link to the concourses was expanded in 2005 to accommodate the need for additional security screening by the TSA after the September 11 attacks in 2001. The three gates added to the west wing in 1980 were no longer used and were removed in 2007. From 2017 through 2020 the terminal received an extensive modernization and facelift.

Several Fixed Base Operators handling general aviation have operated at the Sunport over the years, the largest being Cutter Aviation which traces its roots back to the original Albuquerque Airport in 1928. Cutter relocated to the current Sunport grounds in 1947 operating from a large hanger on the southwest corner of the terminal ramp. An all new general aviation facility was constructed on the south side of the main east-west runway during the mid-1980’s and the Cutter hanger was torn down for the terminal expansion of 1987-1989. A new United States Post Office facility and a new freight facility and air cargo ramp were opened in the 1990’s. In 2001 a new off-site rental car facility was opened and all rental car operations were moved out of the main terminal.